Skip to content
My name is Richard Kim and I am the principal attorney at law offices of Richard Kim. We specialize in personal injury cases. Whether its an auto accident, slip and fall, or another situation where you were injured due to the negligence or carelessness of another, my team and I are here to help you!

It is important that you contact us immediately so that we can help you with your claim and make sure you receive maximum compensation for your injuries. 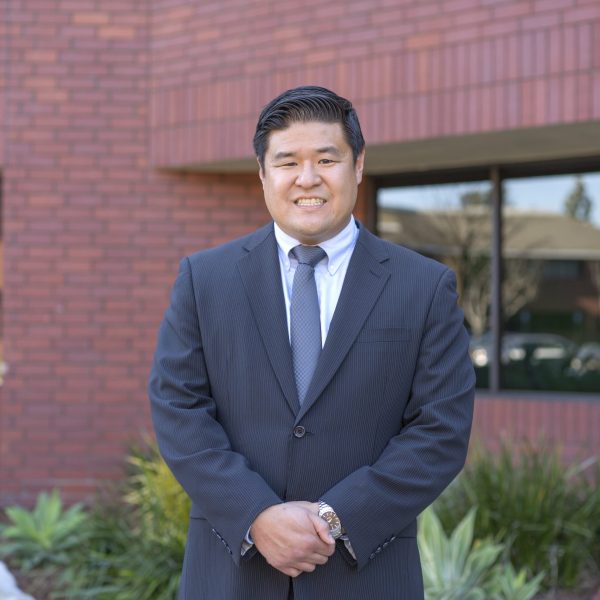 We will make sure you get the proper medical treatment for your injuries and that you are compensated for the treatment.

My staff and I are always available and will give you updates on your case. I have handled thousands of auto accident and injury claims and know how to get maximum compensation from the insurance companies. Also, if the insurance company is being unfair, I am a seasoned and skilled litigation attorney and I am not afraid to go to court

Don’t Settle Without a Fight™

Out team will fight for you to maximize your recovery!

Skilled and Experienced Lawyers who can handle prelitigation and litigation cases.

No Recovery No Fee

We don’t collect a fee until we have settled a case and gotten results for our clients.

Buena Park auto accident attorney Richard Kim has been helping California personal injury victims get the compensation they deserve since 2010. Richard is dedicated to maximizing settlements in each case he takes, and if necessary will vigorously represent clients at trial. He has successfully achieved favorable settlements for numerous clients, and was also named pro bono attorney of the year by the Orange County Korean American Bar Association in 2016. Richard diligently represents personal injury victims throughout the Los Angeles and Orange County area.

Attorney Richard Kim handles a variety of personal injury cases in California, with a focus on helping auto accident victims get the compensation they deserve. He is also able to speak with clients in English, Spanish, and Korean. If you have been injured in an auto accident or suffered any other kind of personal injury, contact car accidents attorney Richard Kim today at (714) 276-1122 to discuss your case.

Schedule an Appointment
Free consultation – in person or over the phone.
Fight for maximum recovery.
Litigate if necessary
Settle when you are ready

Deal directly with insurance companies so you don’t have to

Settle when you are ready

If you have been injured due the negligence or other wrongful actions of someone else, you deserve compensation for your harm. This compensation may include things like medical expenses, lost income, and pain and suffering. However, to get what you deserve, it is important to be represented by an experienced local personal injury attorney.

Defendants and insurance companies will often try to minimize what they pay. An experienced personal injury attorney will be able to present your case well, and negotiate effectively, so that you get what you deserve. If you would like to discuss your case today, call the Law Offices of Richard Kim to schedule a free consultation at (714) 276-1122.

Winning a personal injury claim in California requires first proving that the defendant negligently or intentionally breached their duty of reasonable care to you and caused you harm. Sometimes, whether a defendant was actually negligent is a highly contentious issue. In other cases negligence is easy to prove, but establishing that the harm suffered was caused by the negligence and not by something else is difficult. Oftentimes, winning personal injury cases requires the presentation of eyewitness or forensic evidence, police reports, and expert medical testimony.

Getting You the Maximum Settlement You Deserve. No Recovery, No Fee!

The Law Offices of Richard Kim takes cases on a contingency fee basis. This means that clients only pay if they win. For this reason, attorney Richard Kim carefully reviews the facts of a case before deciding if he will devote his time to it. If he takes your case, you can trust that he strongly believes you can win a settlement or prevail in court.

My Case Was Dismissed

I was pulled over and blew a 0.12. Richard was able to have my case dismissed by filing a motion and arguing that the Office made a mistake in pulling me over.

Richard is an honest, hard-working attorney who generally cares about his clients. He walked me through the entire process and promptly returned my calls and answered any questions that I had about my case.

Richard has helped me through a DUI case which was one of the most stressful situations I had to go through in life. He was knowledgeable and always available to talk to me on the phone to explain what is exactly going on with my case. He got my DUI charge reduced to a wet and reckless charge. Thank you

Last labor day weekend, I was pulled over for apparently driving without my headlights late in the evening. While I was the designated driver that evening, I had a couple beers that evening and unfortunately consented to the breathalyzer test, to which I blew just above a .08. I was detained and give the blood exam, for which my BAC was around a .07. I thought my only options were to accept a DUI and suffer the consequences of a suspended license and tons of expenses I was unable to afford at the time. Fortunately, I sought the legal advice of Richard Kim. He clearly explained my options going forward regarding my case.

At the time, I was living out of the state I received the citation, so I was still wary of the whole situation, but Richard kept me well-informed while the case was being settled. Eventually, he was able to lower my citation from a DUI to a wet reckless. Instead of paying tons of court fees, legal fees, and fines exceeding $10,000 and doing tons of hours in drug and alcohol classes, I had to pay LESS THAN HALF of that and was only required to take 12 hours of classes. My drivers’ license was not suspended or even put on probation. Even while I was out of state and unable to attend any of my hearings, Richard was able to take care of all of this for me.

I highly recommend this attorney for all your needs regarding traffic citations and DUIs. As evidenced by my experience with him, he is very knowledgeable regarding the issue and will work his hardest to get you the best possible outcome.

I was going home from a 4th of July party and was stopped by the police. I blew a .08 and was arrested for DUI. A friend recommended me to KW law firm and Mr. Kim handled my case. He was able to get the charges reduced from a DUI to a reckless driving charge. He was very professional promptly returning my calls and emails. I would highly recommend this lawyer.

Richard and his staff were there to help me through the entire process from beginning to end. Any time I wanted to talk to Richard he would take my call or return my calls within 24 hours. I had another lawyer for an accident I had 5 years ago and I never got to speak with the attorney after the initial consultation and only spoke with assistants who were not helpful and who would not keep me updated on my case. Richard and his staff would give me consistent updates and moved my case along quickly.

Richard was able to handle my auto accident case from the beginning to end. He even helped me get my car repaired and made sure I went to the right doctors to get my injuries treated. When it came to negotiate with the insurance company Richard was able to get me a great settlement.

When Richard took on my case I don’t think he knew what he was getting into. LOL. I had a very complex case. He immediately got one of my felonies reduced without any issues. My second one would not come off. Richard went the extra mile that I was not expecting. He suggested that we go for a Governors Pardon. after researching this, my hopes where not high, but he assured me that we had a great case. (really old case). We went in front of the judge with what Richard prepared and we got granted the Pardon. This is something that does not happen often or automatic. I can’t thank him enough for restoring my rights and finally putting some closure on a dark youthful past. My wife also is very thankful. I would HIGHLY recommend him to anyone.

Richard is a superb attorney who knows his specialty very well. I highly recommend him and would advise for anyone looking for a good DUI attorney to obtain him for representation. Aside from that, he works with you on his retainer. I could go on and on but the main thing is that he’s on your side. Thank you Richard for all your hard work.

Richard represented me in my DUI case in Orange County. He was very knowledgeable and calmed any worries that I had about the case. He made himself very available to answer any questions that I had. He was able to get my penalties.

Excellent DUI attorney. Aggressively represented me in Court and promptly returned my calls and answered any questions that I had.

Send Us a Message